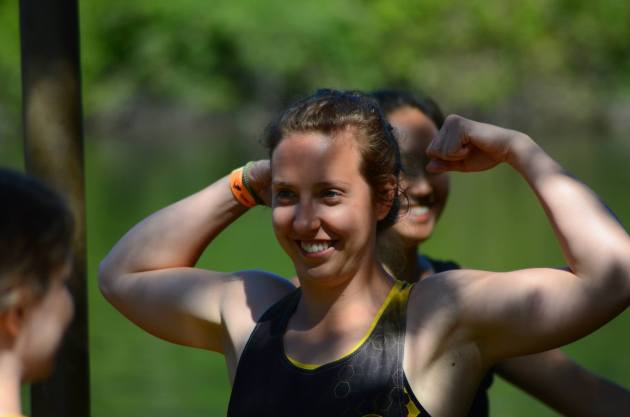 Our featured Dragon Boat World Athlete, Corinne Hanlon, is a graduate of University of Waterloo with a Masters Degree in Geochemistry. This World Champion loves indie music and board games, especially Dominion. She has a twin sister, “a non-dragon boater though”, she said. Corinne now paddles with the Outer Harbour Warriors. She describes them as a group of extremely hard working folks who love to paddle.

The very first time Corinne experienced dragon boating was in 2009. It was during the United Way Charity Regatta, at a camp where she used to work. She was never into sports back then but when school started, and because of that first dragon boat experience, she joined the University of Waterloo Dragon Boat Club (UWDBC).

“I started attending more practices.”, she recalled. “After the first summer racing with UWDBC, I knew this was the team I wanted to be on for the rest of my university days. They showed me what being part of a team is really like, and that’s what really pushed me to become the athlete that I am today.”

Corinne’s first international exposure was in 2010. She paddled with the Pickering Dragon Boat Club (PDBC) U24 in Macau, China for the Club Crew World Championships (CCWC). The following year, she tried out for Canadian National Team U24 where she successfully earned a spot in the Women’s Team.

“I followed a training schedule that our coach gave me.”, she said. “I tried to watch my diet as best as I could (being the noob I was), particularly during the months leading up to the competition. Most importantly, I learned that I love to compete. I wanted to win, and I was willing to put in the work to win.”

When asked on her decision to join the National Team: “It was a great learning experience and I got the chance to see a national team try-out process from beginning to end. I got to work with some great coaches, and I got to see what it’s like to paddle in a really fast boat, and I loved it.” 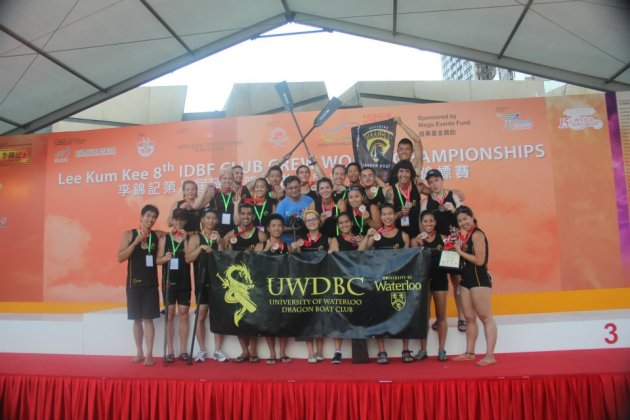 In 2012, the UWDBC received a very generous donation from Dragon Boat Canada, the official governing body for the sport of Dragon Boat in Canada. It was a dragon boat and a storage container. It came just in time for their preparation for CCWC in Hong Kong.

“It was an amazing development. Before that season we had to travel to Toronto on weekends to train; but when we had our own boat, we could get out on the water any day of the week, at any time of day, and boy did we take advantage! That summer was filled with late night paddle practices, early morning drylands, and team bonding days.”, Corinne reminisced.

While she’s excited to bring her paddling career to the next stage, let’s discover how she prepares for races, her healthy perspective of the sport and her take on what would boost more interest in the sport.

Q: As a National Athlete who had previously competed in Club Crew World Championships (CCWC) in Macau and Hong Kong, in terms of preparation, what is the main difference between representing a club as opposed to representing your country?

Q: You mentioned that you started to compete internationally from 2010; if any, how did it change your perspective on the ‘competitiveness’ of this sport?

A: Competing locally, you really only see the teams that are in the vicinity, although occasionally some teams travel in from Montreal, Vancouver, or the US. I don’t think I realized the true expanse of the dragon boat community until I competed internationally. It was (and always is) really cool to see the huge number of teams from around the world come together to compete. 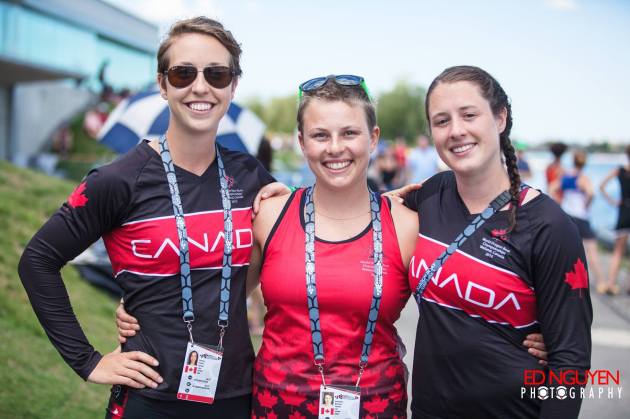 Q: Dragon Boat brings people and even nations together, aside from this, what are the other benefits?

A: It sounds cheesy, but it’s a great way to stay fit and have fun. Your teammates will be your friends for life, and you will never work as hard in the gym or on the water as when your team is there, counting on you and supporting you at the same time.

Q: Do you sometimes play a mental video of a race against your toughest competition?

A: I don’t like visualizing really tough competition, because doing so usually causes me to panic and not paddle well. I try to visualize a race which I will be happy with myself for racing, and that allows me to focus, stay in control, and give it my all.

Q: From 2009 up to the present, you must have trained with several coaches already, what is the most common impact/lesson from among your coaches which you’d remember for the longest time?  Can you share it with us and how did it affect you as a person?

A: Take care of yourself and paddle smart. Being competitive athletes, it’s easy to get caught up in the training. Make sure to drink lots of water, sleep at least 8 hours a night, and take care of injuries. Your team needs you to be strong AND healthy.

Q: In 2012, Dragon Boat Canada has donated a boat to your team. This was a very generous move by the Association; moreso, a great way to promote the sport. What is your personal idea of boosting our sport to be at par with the more popular ones?

A: Yes, it was extremely generous! Having access to a boat streamlined the formation of the Waterloo Paddling Club, and since then it has expanded to include teams of UWaterloo Alumni, Breast Cancer Survivors, and high school students in the Waterloo Region. In my opinion, continued outreach will help in boosting interest in the sport.

Q: Outside the dragon boating world, who is the athlete that you admire most and why?

A: Definitely Camille Leblanc-Bazinet. Aside from her impressive weightlifting, her determination, focus, and light-heartedness are all inspiring attributes.

*This interview has been edited and condensed