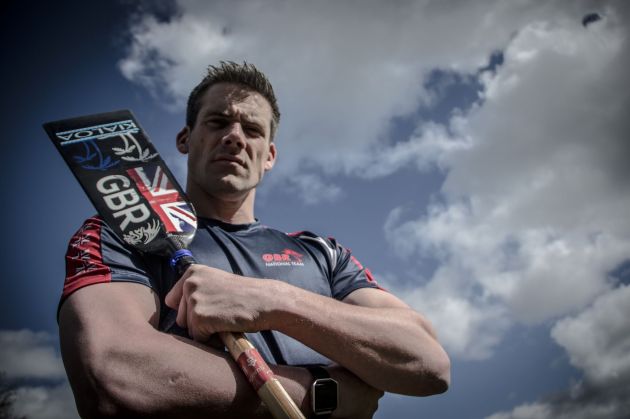 We are honoured to feature Dragon Boat World Athlete, Mark Harding, a once severely injured soldier who served in the HM Forces in the United Kingdom. Mark is the lone person in the Dragon Boat Team Great Britain (Team GB) with physical disability to have competed together with able-bodied crew in the 2014 European Dragon Boat Championships.

Mark has served in the 1st Battalion Duke of Lancaster’s Regiment for sixteen years where he worked mostly as a sniper with the Reconnaissance Platoon for operations in Bosnia, Kosovo, Skopje, Northern Ireland, Iraq and Afghanistan.

“I was shot through the neck in 2010 in Afghanistan.” Mark shared. “On 28th May 2010, I was leading a four-man patrol sent from the platoon base to investigate an Improvised Explosive Device (IED). Things went quickly downhill. My patrol came under sustained small arms fire and three of my team were wounded. Then my life changed forever.”

Soon after he emerged from all the pain and suffering, Mark started to gain strength and then eventually was able to walk again. It was Kamini Jain who introduced him to dragon boating at a training camp at Newport Beach in California. The camp is being ran by Kamini Jain and Richard Parrot. It was from that training camp when Mark’s journey in competing in international dragon boat races began.

“When I got home from that training camp, I learned that my Mother had passed away and it was at that point when I wanted to make her proud of me so I went down for a time trial at Liverpool. After making it to the Great Britain (GB) Premiere team, the training went through the roof as I was training down at Liverpool and training up at Derwent Water and also doing cross fit and weights session at the gym.”, Mark recalled.

Mark’s first club who helped him get into the sport was Amathus, a dragon boat team based in Liverpool. He currently paddles with Powerhouse Dragons in the North East as his main club. “Allyson, our club coach, has been so helpful to me –- an amazing coach and I am looking forward to getting better with her help as I continue pushing myself to perform my best for Team GB.”

Let’s get to know more about Mark’s inspiring story and the upcoming inaugural training sessions to be conducted by Purple Warriors Dragon Boat Club — a dedicated support team for the men and women who have suffered from injuries while serving the military. 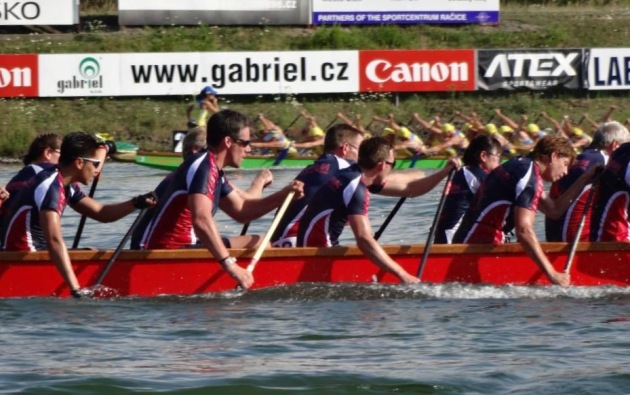 Q: How are you, Mark? How are the preparations going with you and Team GB for the upcoming European Dragon Boat Championships in Rome this July?

A: Things are going well, thank you — lots of training over in the north east with Powerhouse — water training, strength training and Crossfit, etc. Very busy but good and I just want to be the best I can for my Club Team and Team GB and I constantly keep pushing myself.

Q: After your three-year rest and recovery from injury in 2010, how did you overcome that to find a renewed strength?

A: I can remember being paralysed from the neck down for eight months and after I was told I’d never walk again by two spinal consultants. On that week, times got very dark for me and I was told that two of my friends were killed in Afghanistan. I made a promise to myself to prove the consultants wrong and I did and I just want to keep pushing myself. I really don’t think I’ve done anything that anyone else wouldn’t have done. I just want other injured people to see that if you’ve got a positive mind anything is achievable.

Q: Why Dragon Boat? And what made you choose this particular sport?

A: I crossed over from the Team GB 200m kayak sprint team after a training camp I attended in California ran by Kamini Jain. I found out that the team mentality appealed to me. It reminded me of the army, depending on those around you.

Q: We understand that you and some others are starting a dragon boat team for injured soldiers, can you tell us a bit about it?

A: Purple Warriors was formed in early April 2016 to provide an opportunity for serving and retired members of HM Forces who now have some form of impairment (mental or physical) to use dragon boating as part of their personal road to recovery and rehabilitation, and to help smash preconceptions about impairments. Purple Warriors will race in the UK against able-bodied teams. Purple Warriors also hopes to race against similar military teams in due course.

Q: Purple Warriors will be launched soon and strategically in three different venues in the UK, what are your expectations?

A: We are all ex-military and all have had to adapt and overcome their personal battles to get to where we are today. We have the focus and drive to compete and win against able-bodied teams!

Q: What inspired you to do this noble act? For that matter, what keeps you inspired in participating and pursuing excellence in sports?

A: Purple Warriors was the initiative of another GB paddler and former soldier. The idea was his but he asked me to join him to develop the idea into something real and tangible. I have had my own personal challenges but I like to think I have risen to them. Dragon boating made me feel ‘whole’ again and I hope that others will get a similar lift from this great team sport.

Q: There are other ‘brave warriors’ out there who had gone through similar experience, what would you advice them?

A: Keep going, keep your head up, be proud! Always reach further, I was told I would never walk again! I could not, WOULD not accept that! You keep battling! Afghanistan was my war, now my injury is my war! Life is for living; live it to the max.

Q: “No one fights alone.”, they say of team sports like dragon boat. What’s your definition of teamwork?

A: Teamwork to me is being able to look around and know that, to my left and to my right, I have people I can trust 110%!

Q: Outside the dragon boating world, who is the athlete that you admire most and why?

A: The person I respect the most is John Griffiths. He was my previous coach from GB Team 200m sprint kayaking. An amazing coach who is down to earth and his chill approach helped me manage and come to terms with my injury. He made me see even then when I had a disability, he told me that the only person that was stopping me from doing anything was me; and to this day I can’t thank him enough.